For several months after the start of COVID-19, the Village removed the basketball hoops from the backboards in Village parks. After many calls from residents to restore the hoops so people can simply shoot baskets or play stationary games like “horse” or “around the world”, the rims were re-installed but we indicated that the courts would be monitored for basketball games which are not currently allowed by NYS.

For the past several weeks, the Village of Rye Brook has been monitoring our basketball courts since we put the hoops back on. Unfortunately, despite signs throughout the park about social distancing and wearing masks (if not able to social distance), and specific signs that indicate no pickup basketball games are allowed, these warnings have not been followed by many users of the courts in all of our parks.

As a result, in order to maintain safe practices, we have decided to remove the rims again effective today (July 31, 2020) until such time as basketball games are allowed again. 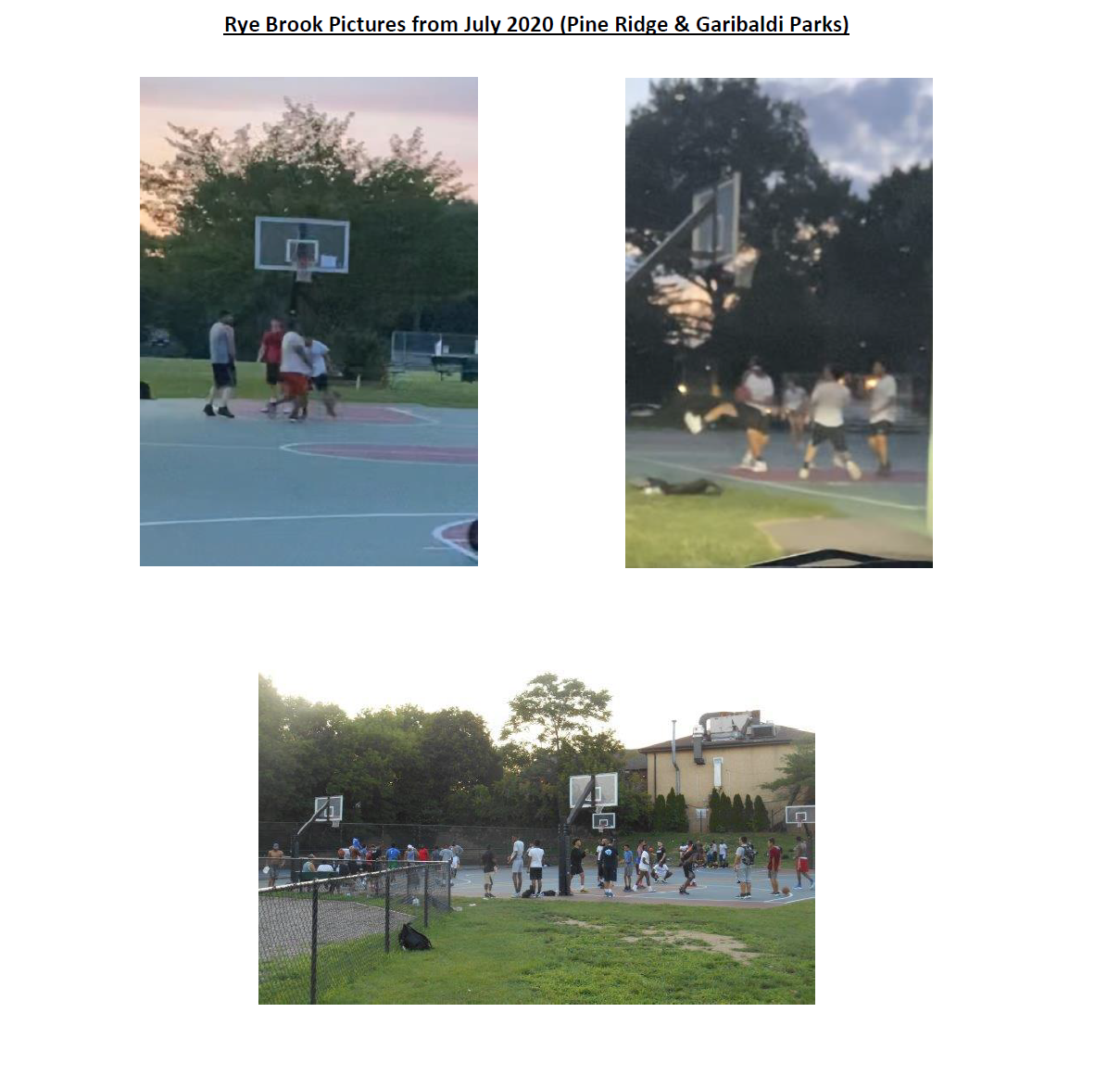