These issues of interest include consideration of the following items:

The Village of Rye Brook has been very active expressing concerns with these issues as they impact our community. Copies of letters expressing our concerns have also been shared with surrounding communities, as well as invitations to attend informational public sessions held in Rye Brook on issues such as the request for proposals for private operators of the Westchester County Airport.

Westchester County Executive George Latimer announced in May 2018 that several public meetings will be held on airport matters including the Master Plan, Governance, and Operations with the goal of more Citizen Involvement. A copy of the news release can be found on the Westchester Gov Website.

July 28, 2017 - As of today’s 4 p.m. deadline, three proposals were submitted in response to the Request For Proposals (RFP) to enter into a public-private partnership with Westchester County to manage and operate Westchester County Airport under a long-term lease.

The identities of qualified bidders will be announced next week after a review by Frasca & Associates, the consultant hired by the county to oversee the RFP process, to determine whether the submitted proposals meet the requirements established by the county.

Under the RFP, Westchester County Airport will continue to operate within its existing footprint. This is not an expansion of the Airport; the current number of runways, gates and passenger cap remain the same.

The reason for the RFP is so Westchester County can take advantage of a Federal Aviation Administration program that would allow millions of dollars of profits generated at Westchester County Airport to be used for the benefit of all residents and businesses. Under current contract structure, money made at the airport must stay at the airport. The FAA program unlocks those revenues so they can be used to help pay for police, parks, roads, day care and other county services.

At the end of calendar year 2017, former County Executive Robert Astorino recommended to the Board of Legislators that an agreement be considered based upon the proposal from Macquarie Development.

A public hearing on the Westchester County Airport’s Draft Master Plan was held on Thursday, July 27, 2017 at 7 p.m. in the Little Theater at the Westchester County Center. It included a presentation of the draft master plan and an opportunity for attendees to comment on the draft plan. Rye Brook Village Trustee David Heiser made comments on behalf of the Village Board, and Rye Brook Airport Advisory Board Chair Peter Schlactus was also present and provided comments for the record as well.

Residents are also urged to review this planning document which is an update to the last Airport Master Plan Update prepared in December 1986.

According to the reports Executive Summary, [t]he purpose of the Master Plan Update is to provide a framework for guiding future Airport development that meets facility requirements and is in line with the Countys vision. (Executive Summary, p.i)

In 2016, the Village of Rye Brook was very concerned about the impacts of legislation proposed by the County of Westchester that would have significantly modified the long-standing Terminal Use Agreement at the Westchester County Airport and would have resulted in dramatic changes to this regional Airport hub. The proposed legislation would have changed the commercial passenger limit at the airport from 240 passengers per half hour to 11,520 passengers per day. The major concern was that this change would bring a significant increase in flights and passengers at the airport.

Below please find links to a letter from Rye Brook Mayor Rosenberg along with a resolution unanimously approved by the Rye Brook Village Board on Feb. 23, 2017 as well as other background documents from the County on this subject. 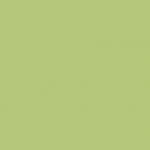 Please visit the following link to view the May 31, 2017 agenda and video for the meeting held in Rye Brook Village Hall: